Recently, United Scanning were involved in a very large scanning project to assess defects in a large pressurised vessel. This vast concrete structure was being built to a very exacting specification that laid down, among other things, the expected life of the structure, the required time without maintenance that the structure had to withstand and the way in which the structure was to fail if it ever were to fail due to human error or unanticipated force majeure.

An initial perusal of the progress of construction had identified some large voids within the structure and it was the job of the United Scanning technicians to assess and report upon the true extent and nature of the defects. This was important to our client because these defects would potential have two impacts on the utility of the structure. They would potentially reduce the time the structure could safely be maintenance free and they would reduce the structural integrity of the building leading to a heightened probability of the structure failing in either a minor or a catastrophic way. United Scanning were able to map the problem for our client and help them find a way to reduce the likelihood of failure and increase the maintenance free window. 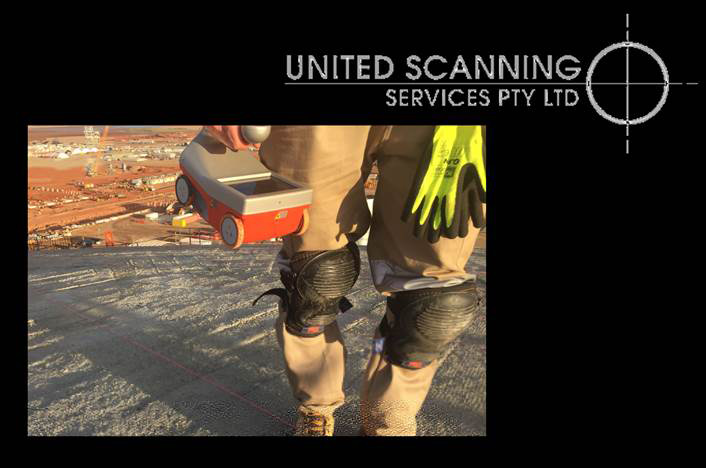 Another example of how our clients involve United Scanning in structural forensic investigations is when cracking appears in concrete and they wish to understand the cause of the cracking. In the cases of poured or laid slabs, United Scanning are able to use Ground Penetrating Radar to help exclude various possibilities that may have caused the cracking or confirm the presence of a likely cause. Does a storm water drain run under the slap that may be leaking and causing subsidence? Have large tree roots grown into the area? Was sufficient reinforcement put into the concrete when it was originally poured? United Scanning can use their equipment and long history investigating similar issues to confirm or rule out the various possibilities contributing to the failure. 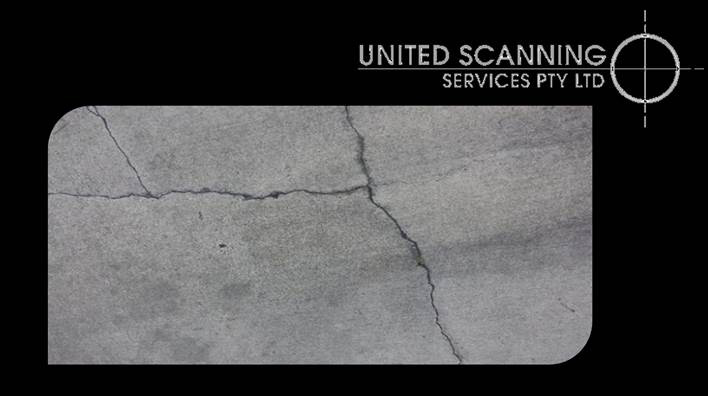 United Scanning can also provide some degree of clarity about the severity of failures where they may not immediately be visible. Our technicians have been asked to be involved in assessing how deep a crack runs within a concrete structure or what the maximum width of the crack is. Answering these questions can be critical as it gives a clearer picture of the severity of the failure but also provides detail that can be useful in determining the best approach to resolve the problem or repair the damage.

Another piece of information those responsible for damaged or failing structures often wish to know is the direction in which the cracking is tending. Where the width of the crack is sufficiently large to provide a clear interface from which radar reflects, our technicians have the high resolution GPR technology to be able to obtain and provide some guidance as to which way a crack heads once out of sight within the concrete. This may be significant, as a crack that heads towards a load bearing point may matter much more than one that tends towards the non-load bearing outside edge of a structure.

Where required, the United Scanning team are able to utilise other technologies that may in the appropriate situation provide a clearer picture. Some cracks are best detected using Sonic Echo or Impulse Response. These technologies operate by creating a sharp easily distinguished sound within the structure and then observing the echo. The strength of the echo and the modification that has occurred to the sound wave travelling through the structure can be used to assess depth, size and some aspects of the nature of defects and is particularly useful in assessing defects like cracking concrete structures like beams and pilings. United Scanning have experience utilising these technologies on sites with major defects to assist by providing a better understanding of the nature and severity of the defects. 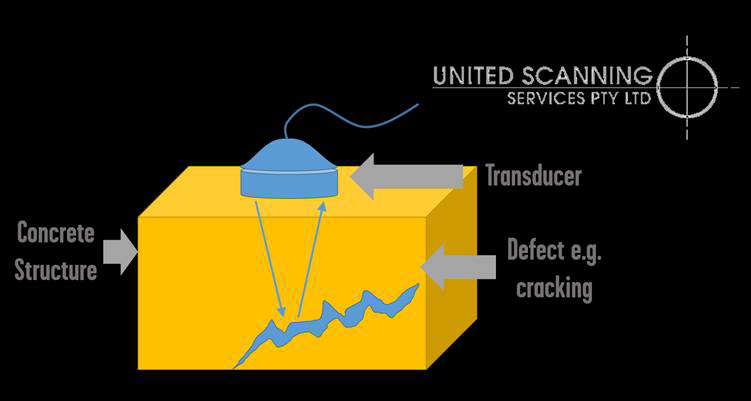 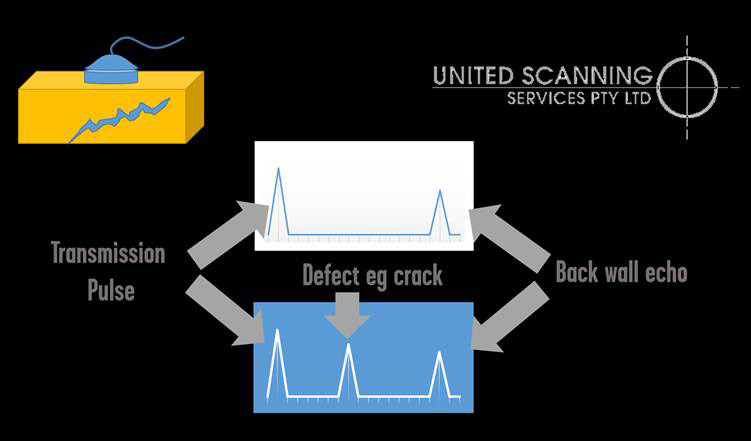