United Scanning are leaders in Non-Destructive Testing (NDT) of structures and materials, and have experience using a broad array of technologies like Ground Penetrating Radar, Electro-Magnetic Detection, Impulse Echo and Ultrasonics to acquire answers for our customers. One technology we are often asked about, perhaps because it appears so frequently on crime shows and military footage, is the use of thermal imaging, sometimes called Infrared. 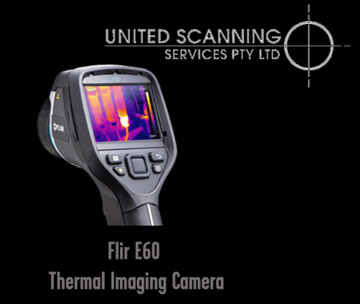 Thermal imaging or more correctly, thermography, is the use of specialised cameras to produce imaging from infrared radiation. These images, or thermographs, are very useful in a range of applications because rather than showing light that is reflected in the visible spectrum, they show the infrared radiation that is reflected or emitted. Since all objects whose temperature is above absolute zero emit infrared and the amount of infrared emitted directly correlates to temperature, these images allow us to get a picture of variations in temperature. Most thermography methodologies are non-destructive, although active thermal imaging does require the application of heat to the targets being imaged.

This NDT technology is particularly useful in a wide range of fields, but at United Scanning, it is useful in the areas of building diagnostics and structural thermal analysis. Within these broad areas there are a number of applications of thermal imaging that are of value to our clients. Below are list a few and by no means, all of the uses of thermal imaging within building diagnostics and structural thermal analysis.

In our increasingly environmentally conscious society, we are all concerned with reducing the environmental and financial costs of heating and cooling the buildings we live and work in. Australia has a national framework for rating houses according to their thermal performance. The Nationwide House Energy Rating Scheme (NatHERS) encourages good building design by providing a way to rank the thermal performance of homes and issuing them a star rating depending on their efficiency. 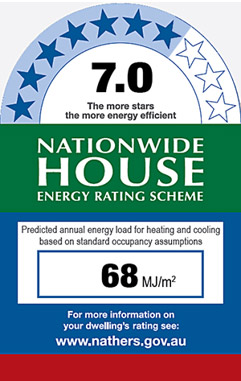 One way in which a building’s thermal efficiency can be tested is using thermal imaging. Almost all structures will allow for adequate air exchange but in most that air exchange and the energy that escapes with that air has a significant effect on the energy efficiency of the building. The root cause is often poor design that allows air leakage from inside the build to the outside or the reverse. Using thermal imaging it is possible to identify those areas of leakage. It is also possible to identify other flaws in a building’s thermal design, such as missing insulation, areas of excessive heat ingress (e.g. unshaded windows) and other influential factor impossible to see with naked eye.

A common cause of dilapidation and deterioration in buildings is moisture, and thermal imaging is very effective as making moist areas visible. Moist areas tend to be significantly cooler than those around them, due to the endothermic effect of evaporation. As a consequence these areas contrast quite strongly with less moist areas in thermal imaging. Thermography helps pinpoint the source of water intrusion, find moisture, even if hidden beneath the surface and also document dryness should this be a requirement of a project. 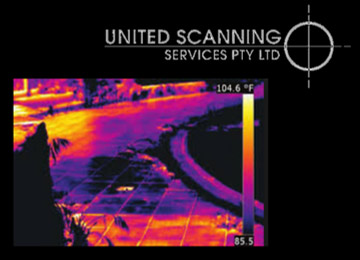 Figure 3: Thermal imaging being used to identify moist areas outside

Electrical inspections are best done as part of an ongoing preventative maintenance program and should be performed in the presence of full authorised site staff who can open all cabinets, pits and tray covers to provide direct visual access to the key areas being imaged. When a regular imaging scan of the installation is done, areas that always present with large temperature differences can be marked, allowing for the easy identification of new sources of heat and the ability to swiftly pinpoint new problems. Once a new heat source is identified, the information can be passed back to regular maintenance staff to trace and resolve the issue causing the change in temperature.

A more experimental application of thermal imaging is its use to identify areas of corrosion in the reinforcement inside concrete. An article in the Proceedings of the International Society for Optics and Photonics (Mulaveesala et al., 2012) documents the use of thermal imaging to inspect the interior of concrete structures. In this case, they utilised Frequency Modulated Thermal Wave Imaging (FMTWI), in which the target structure is radiated with a thermal wave at a very specific frequency calculated to excite a thermal wave inside the structure. This can allow for very deep penetration imaging.

The researchers concluded that this form of thermal imaging would allow for detection of corrosion in reinforcement inside concrete. This is exceptionally useful because almost all other means of corrosion detection require the exposure of some of the reinforcement and are therefore potentially destructive testing mechanisms. Frequency Modulated Thermal Wave Imaging is a completely non-destructive form of corrosion testing for reinforcement concealed in concrete.

As an article (Balaras and Argiriou, 2002) in the Energy and Buildings journal concludes, thermography or thermal imaging, “can be a powerful tool for building diagnostics. It reveals a different dimension and enables an auditor to substantiate observations when there are no obvious problems, can reduce guesswork, identify abnormalities that would otherwise go undetected and before they evolve to more serious problems or even a costly failure and widespread damage.” Thermal imaging, like the other NDT technologies that United Scanning is expert in, Ground Penetrating Radar and EM Detection etc., provides inside information and allows our clients to reduce and avoid cost and more swiftly pinpoint issues.